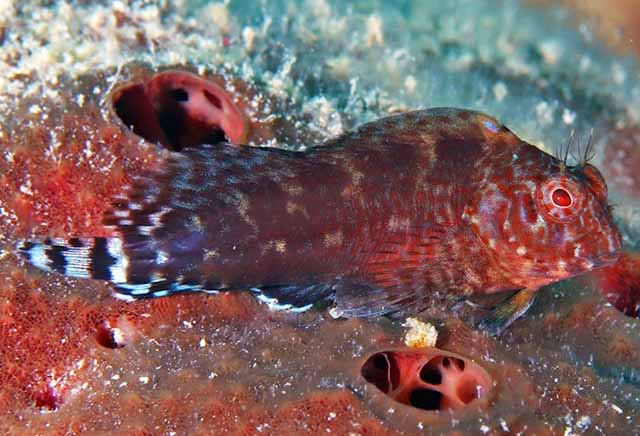 Body and fins dark grey-brown; a dark bluish spot on membrane between 1st 2 dorsal spines; tail fin white, with a black blotch on its base and 3-5 black bars.

Lives in rubble on reefs and sand areas. 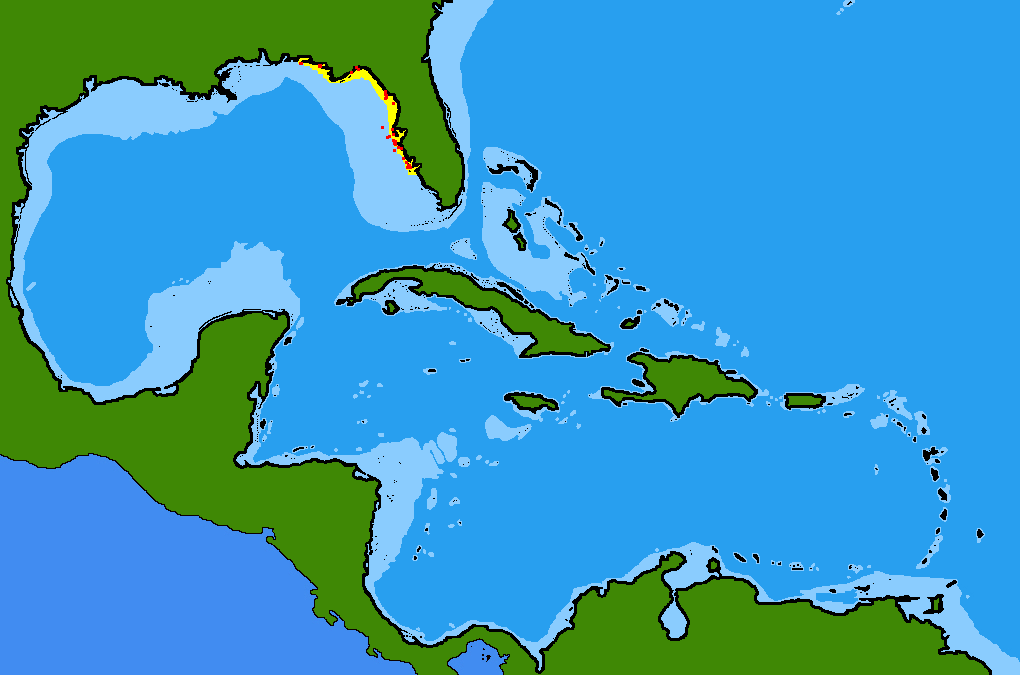