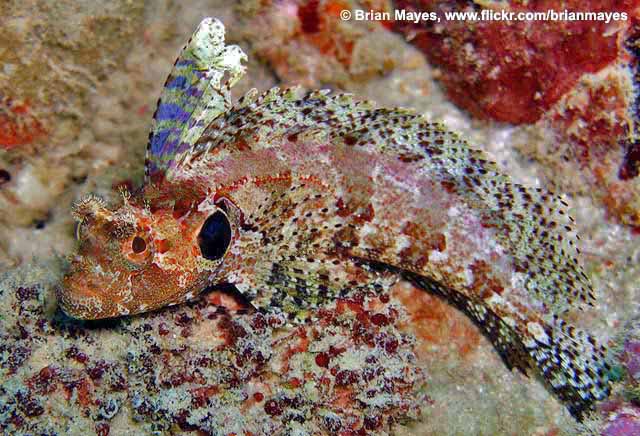 Body robust; head broad, snout bluntly pointed; eye large; cirrus over each eye in form of a fleshy tab with a shredded margin, 2 or more cirri each with 3 tips on each side of nape; mouth large, slightly oblique, rear of top jawbone exposed, not in a sheath; patches of small teeth behind outer row of large teeth on upper jaw; teeth present on sides of roof of mouth, some at least are distinctly larger than teeth at front of roof of mouth; notch between spines and rays of dorsal fin, XXI, 12, first 3 spines greatly elongated in both sexes, long and flexible, with fleshy flags in male, membrane between those spines deeply indented in male, less so in female; anal fin II, 19; pectoral rays 13, membranes between rays indented to as much as 60% of ray length; pelvic fins with 1 internal spine, 3 soft rays, length of shortest ray >½ length of longest ray, inserted before pectoral base; all fin rays unbranched; 65-66 lateral line scales; lateral line tubes or canals at least on front of body; smooth scales on rear of body.

Pale tan to mid-brown; body with 4 irregular dark brown bars that are as wide as the interspaces, and extend onto the inner 2/3 of the dorsal fin, a large blue-black, white edged ocellus on operculum, much of pectorals whitish. Male:  raised front of dorsal fin with a large brown and yellow striped blotch fading to white behind, filaments of those spines white, yellow-orange spots along outer edge of the rear half of dorsal fin; with a thin white to yellow stripe across cheek to lower part of opercular ocellus. Female: raised front of dorsal fin grayish, with rows of brown dots on spines, rest of fin with brown bars and dots on a whitish background. 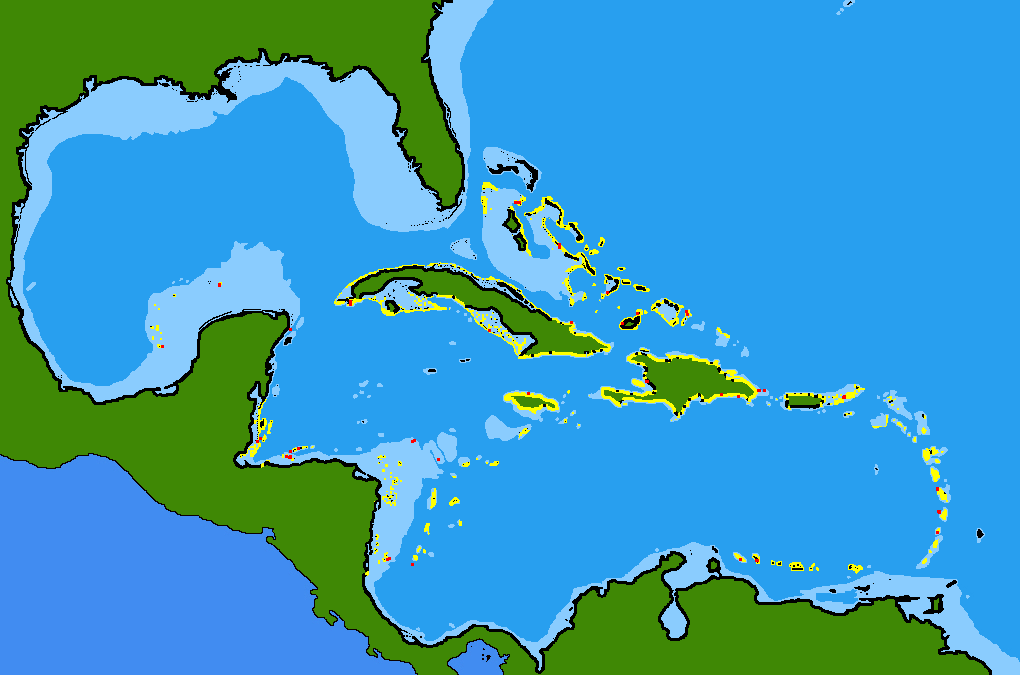