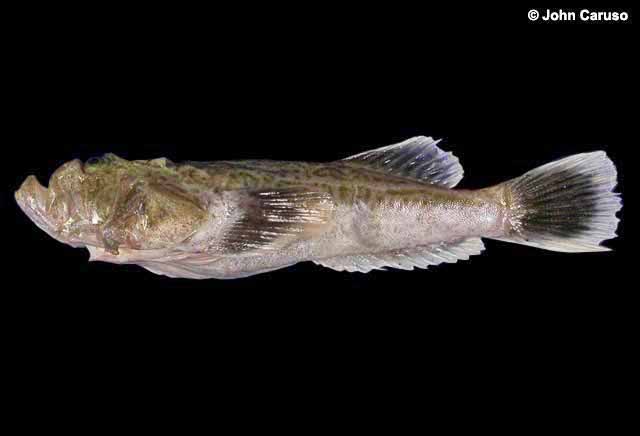 Body short, thick, tapering to rear; head square, top covered with exposed bones, a shallow depression in the bones before extending to between the eyes; mouth large, vertical, without skin flaps; chin with a pair of converging bony ridges separated by a deep groove; eye large, on top of head; front nostrils tubular, with a stout tentacle at the rear margin; rear nostril a pore before center of eye; preopercle edge membranous, without spines, with a long, flattened wing-like appendage on lower corner, that appendage smaller in larger fish; operculum ridged, spine behind upper corner prominent, flat, blunt and curved up; dorsal fin without spines, 12-14 rays; anal fin 0, 16-17 rays; pectoral 12-14 rays; pelvic I, 5; body with imbedded scales; lateral lines on each side from head along back, bending down on tail base and ending near center of base of tail fin.

Large fish: upper half of body dark grey to brown, with numerous small dark spots, coalescing in some areas to form short lines; inner ¾ of fins dark brown (tail fin black), with clear margins. Small fish: blackish; fins pale, with a blackish area on base of each; a pale streak along lateral line and one along dorsal fin base. Intermediate sized fish: head and body with mixture of spots and lines. 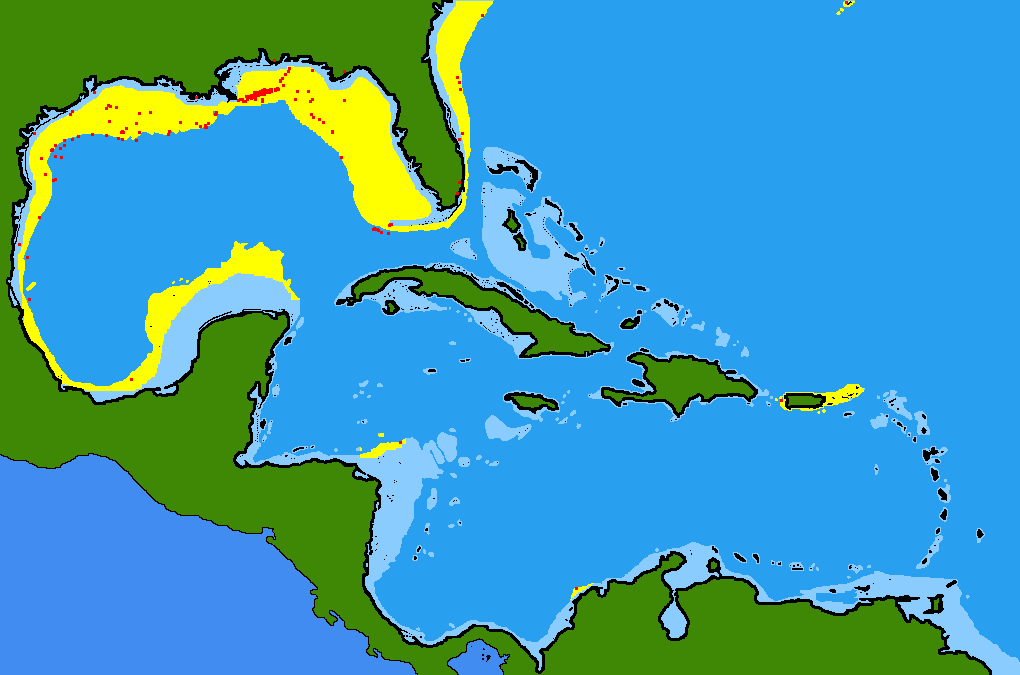