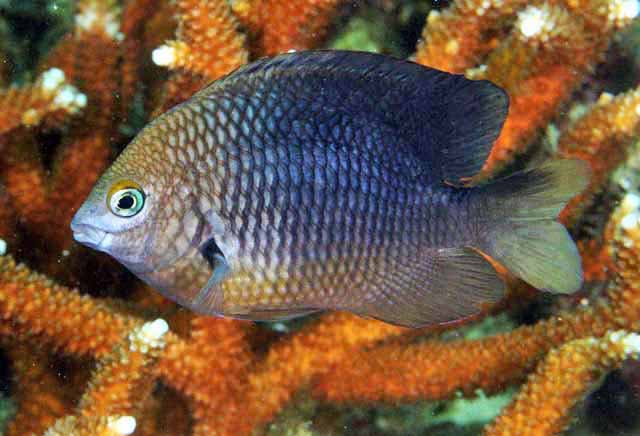 Adult: entirely grey-brown, with tan tint to lower head and body; a black spot on the base of the pectoral fin and, sometimes, another on tail base; top of eye yellowish. Juvenile: body and fins bright yellow; a large black spot on base of dorsal fin at end of spines; a smaller black spot on upper base of tail.

Bermuda to the S Caribbean. 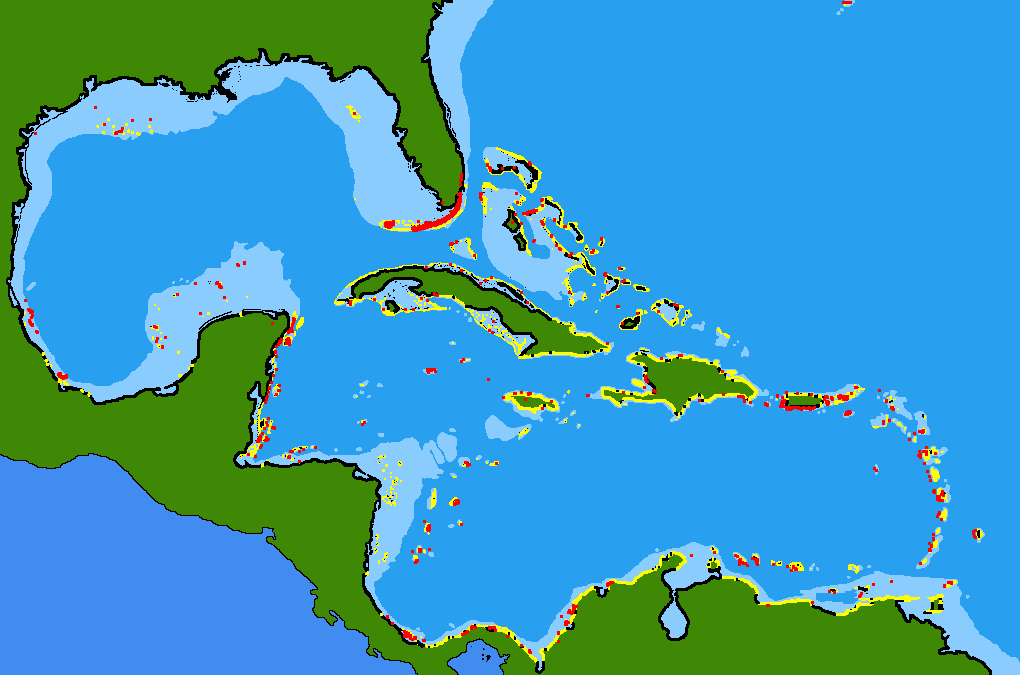