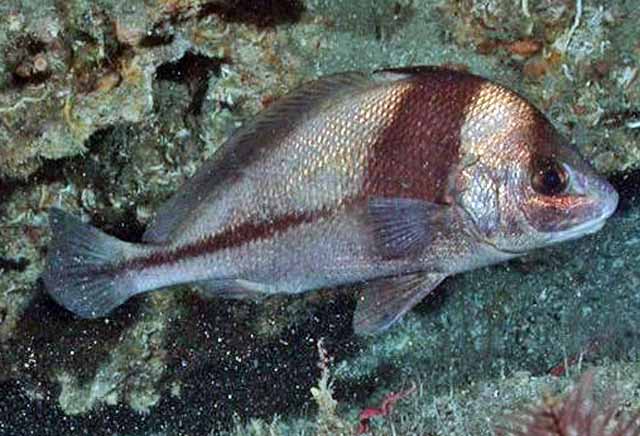 Adult: grey; a broad dark bar between eyes; a broad dark bar from dorsal fin to pelvics; a narrow black stripe along the central flank to the tip of the tail; fins dark; Juvenile: body whitish; a thin black bar down center of snout;  a dark bar between eyes, another from tip of dorsal fin to tip of pelvic fin (rest of both fins are white); a black stripe along mid-flank to the tip of the tail. 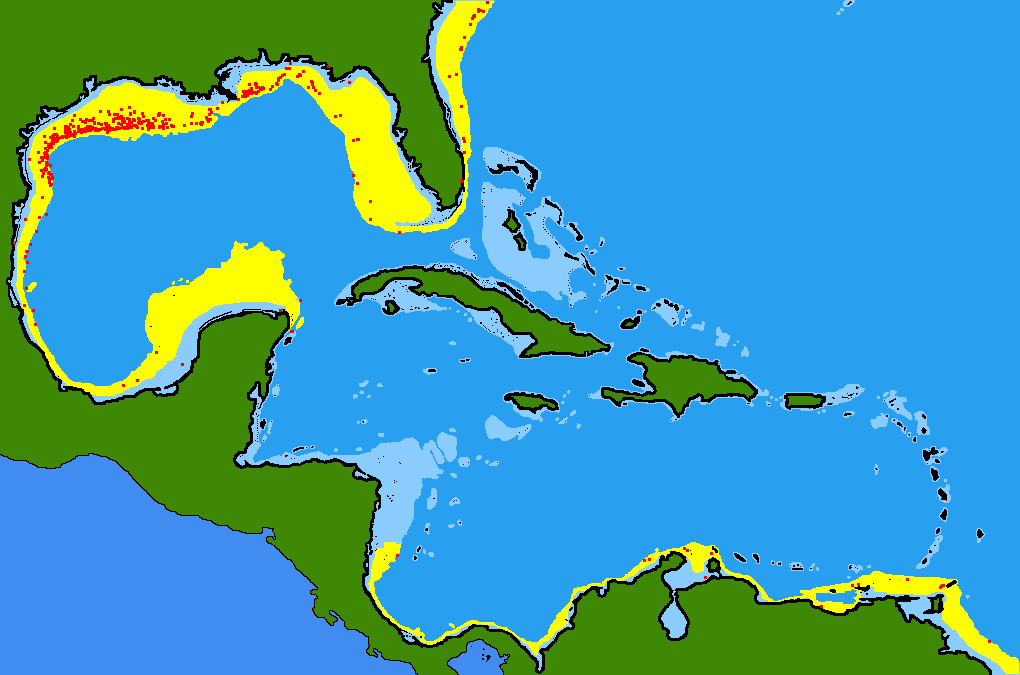