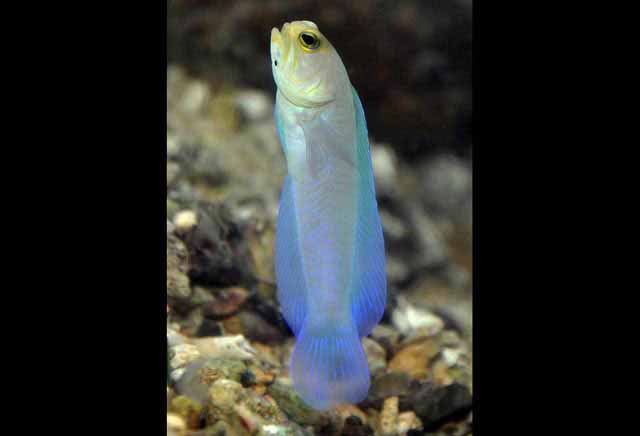 Head and front of body yellowish to tan; a dark bar through eye; rest of body and fins pale bluey-grey; various black and blue marks on the head at different locations; inner lining of top jaw and adjacent membranes pale.

In burrows, living in colonies on sand and rubble bottoms.

The Gulf of Mexico to Brazil.

Note: Different local populations in different parts of the Greater Caribbean display varying combinations of black lines and spots and blue lines on different parts of the head. In addition individuals at the same location differ in those color markings. However, that geographic variation is not linked to predictable genetic variation, indicating that this is a single, geographically variable species. 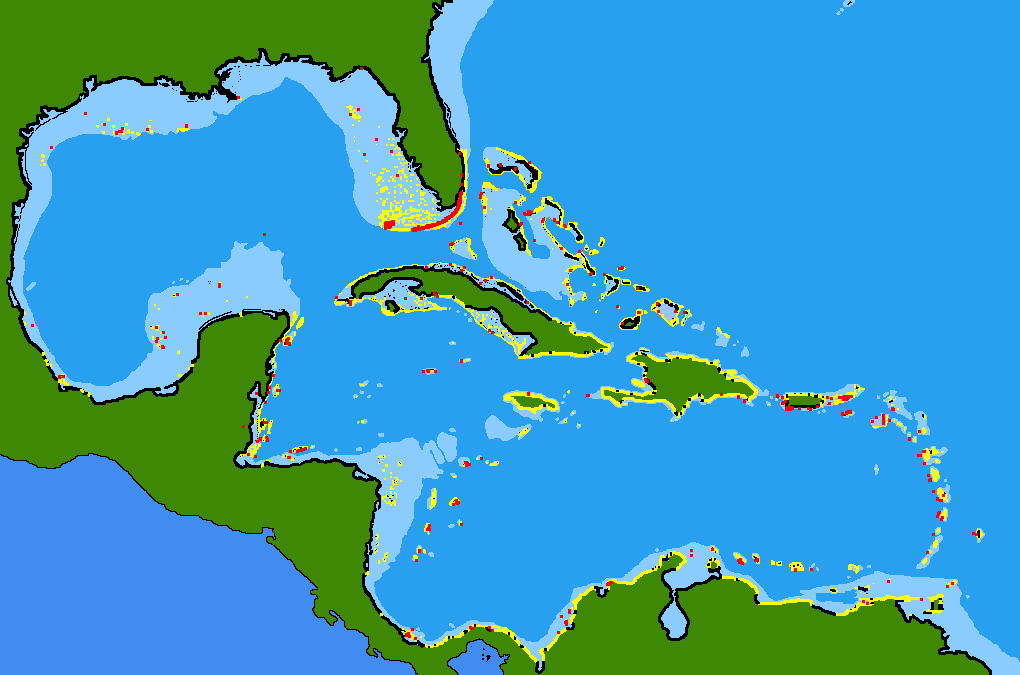