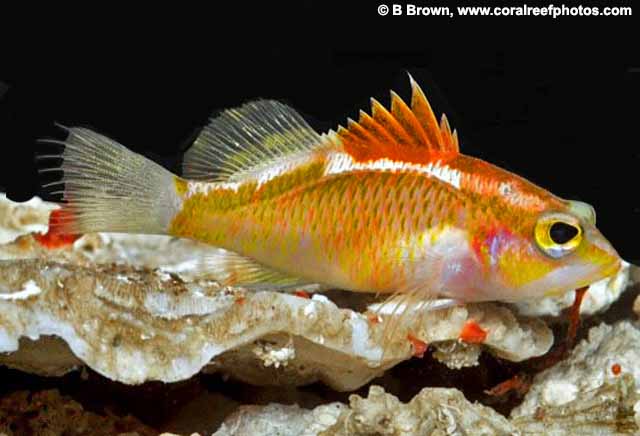 Lower head and body reddish brown, shading to yellow below; chest and underside of head white; a darker red brown stripe from side of snout, through eye to upper operculum; iris white, with a red-brown front and rear center; a bright white stripe from upper side of snout, through top of eye, along upper side of nape and back along upper side of back where it expands as a large white bloch under junction of spiny and soft dorsal fin, then continues as a series of smaller white blotches along dorsal profile of body and caudal peduncle; top of snout, nape and back above white stripe back to the white blotch -  brick red; spiny dorsal fin brick red, soft fin translucent, with a yellowish tint to base; tail fin translucent cream; anal fin translucent yellow, front part of pelvic fins white; pectoral fins translucent.

Lives on rocky and rubble bottoms.

N Carolina to the S Caribbean. 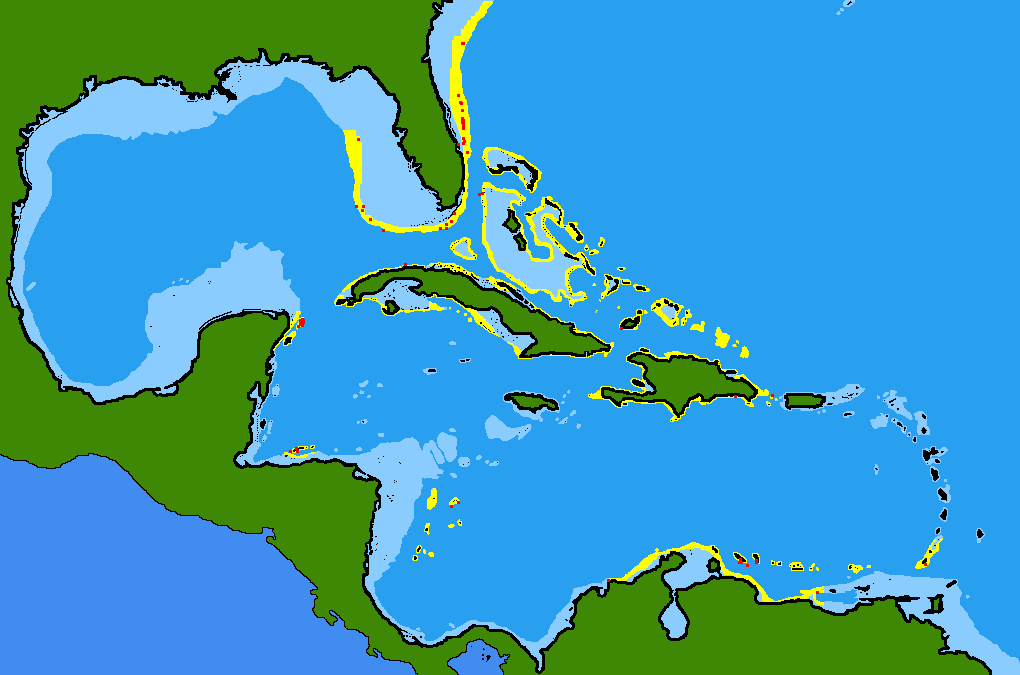