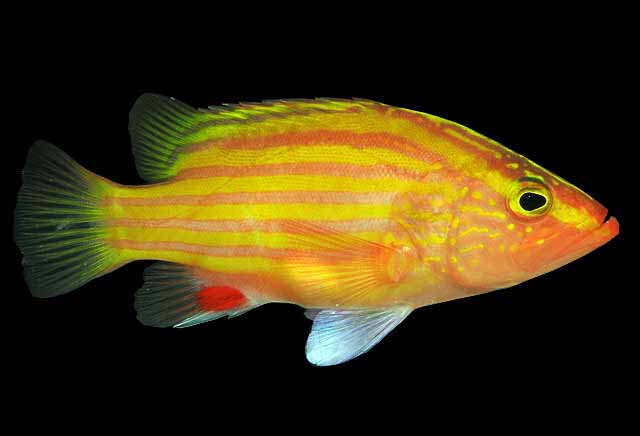 Body oblong, depth about equal to head length; head large, 42-45% of SL, upper profile angular; top of head rough, without scales; rear of top jaw exposed when mouth closed, with a hidden bony knob under its rear end; jaws with a band of minute, depressible teeth, a short, curved, fixed canine on each side at the front of the jaws, and 1-3 similar canines along the side of each jaw; preopercle rounded, lower margin fleshy and with a large forward curved spine at its corner that is hidden by skin and scales; central opercular spine large and knife-like, extending to edge of operculum; dorsal fin VIII, 13, base of spiny part longer than base of soft part; anal fin III, 7; inner 1/3 of pelvic fin connected to body by skin; pectorals symmetrically rounded; tail fin bluntly straight to slightly rounded; lateral line curves up under spiny dorsal then down under soft dorsal; scales large, rough, 47-49 on lateral line.

Gulf of Mexico to Brazil. 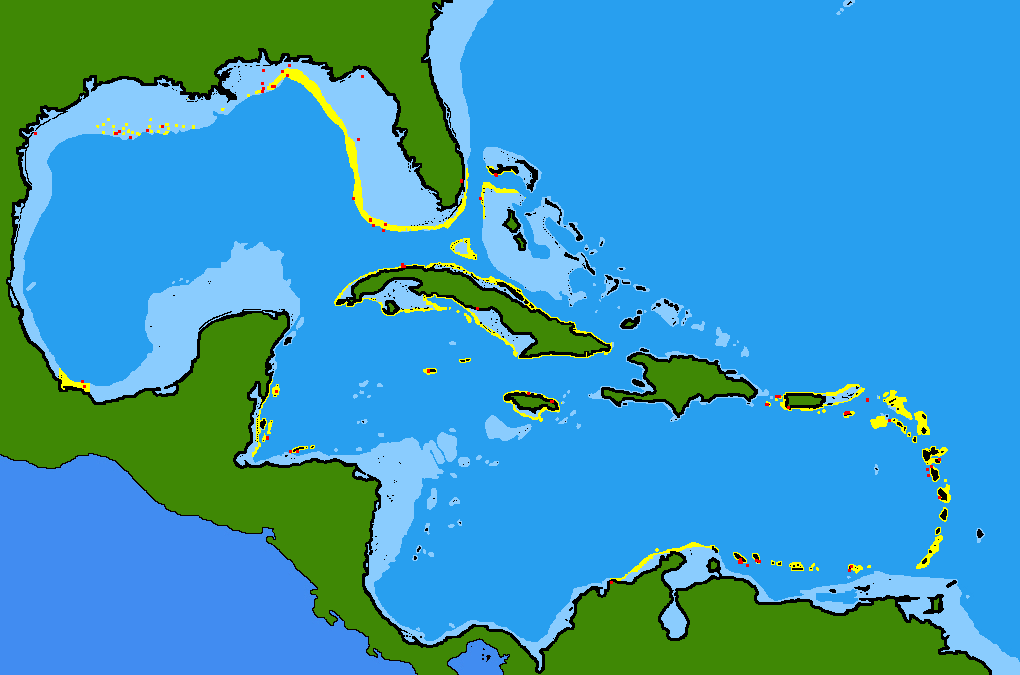