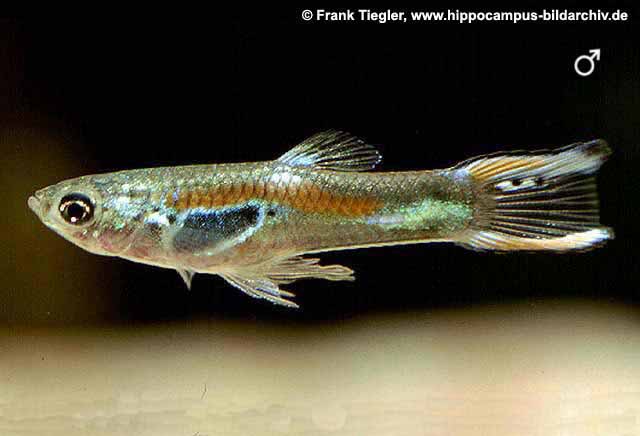 Male: highly variable; body with black stripes and spots in red, orange or other colors and patterns, typically including at a black spot on upper or lower tail base and at least one other black spot on front half of body; dorsal and tail fins with red and black spots, plus black and white markings. Female: upper body pale grey-green, lower body whitish; dorsal and tail fins colorless or with scattered black spots; an indistinct dark spot at the back of the belly.

Naturally from Venezuela to Guyana; introduced elsewhere throughout the region. 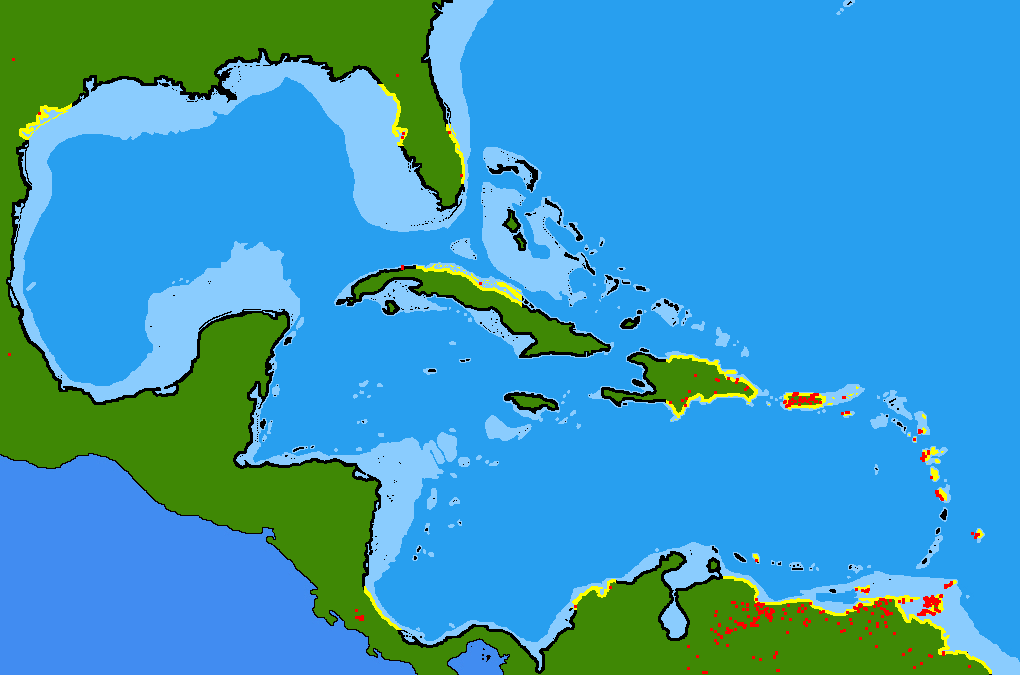