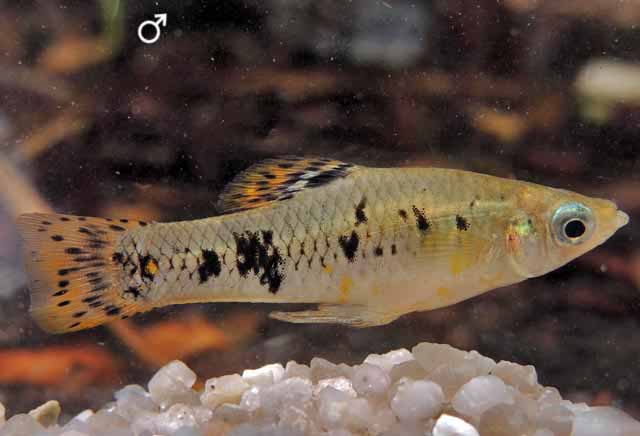 Olive green; with several rows of blackish dots forming a stripe from the upper corner of the operculum to the tail. Female: with a yellow patch near the vent, tail fin clear, dorsal fin with 1-2 rows of black spots at its base. Male with dorsal and tail fins translucent yellow-orange, with rows of black spots over most of both fins.

In fresh to brackish water; coastal streams, lakes and mangroves. 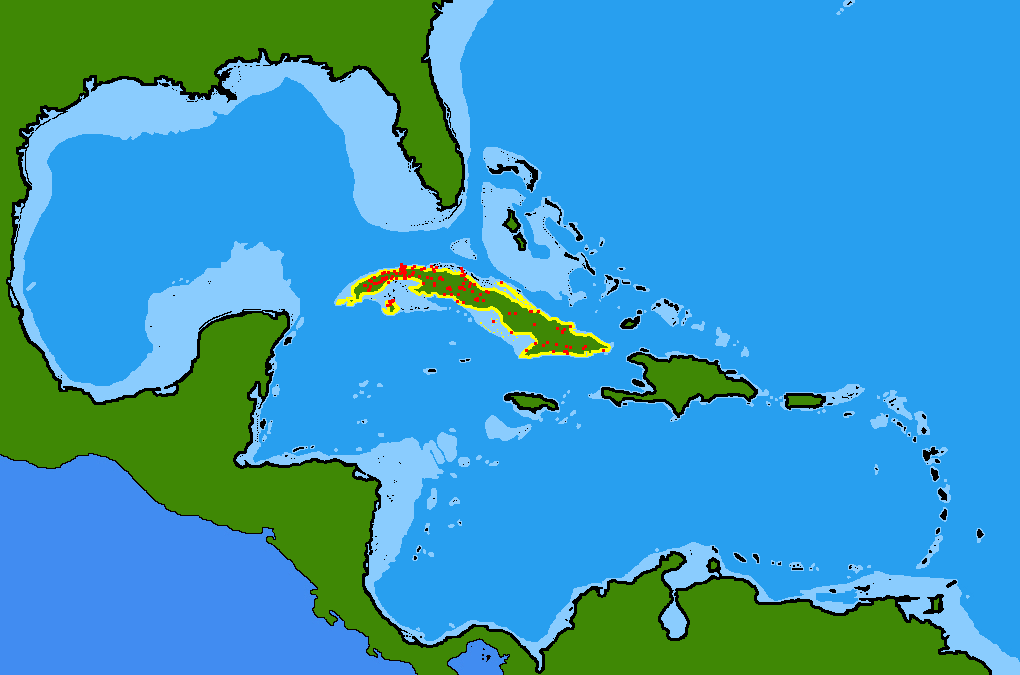