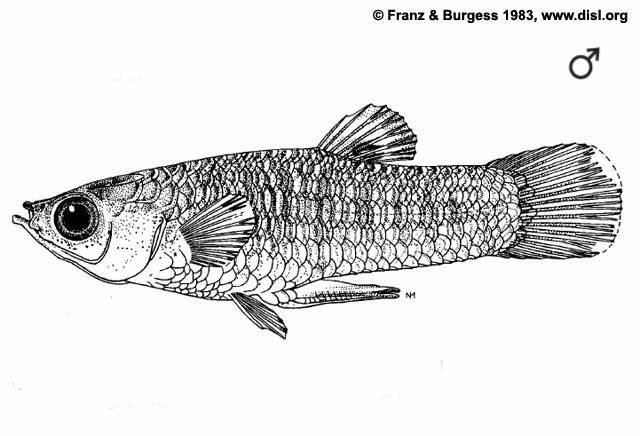 A dark spot at the rear of the base of the dorsal fin.

Known only from Haiti. 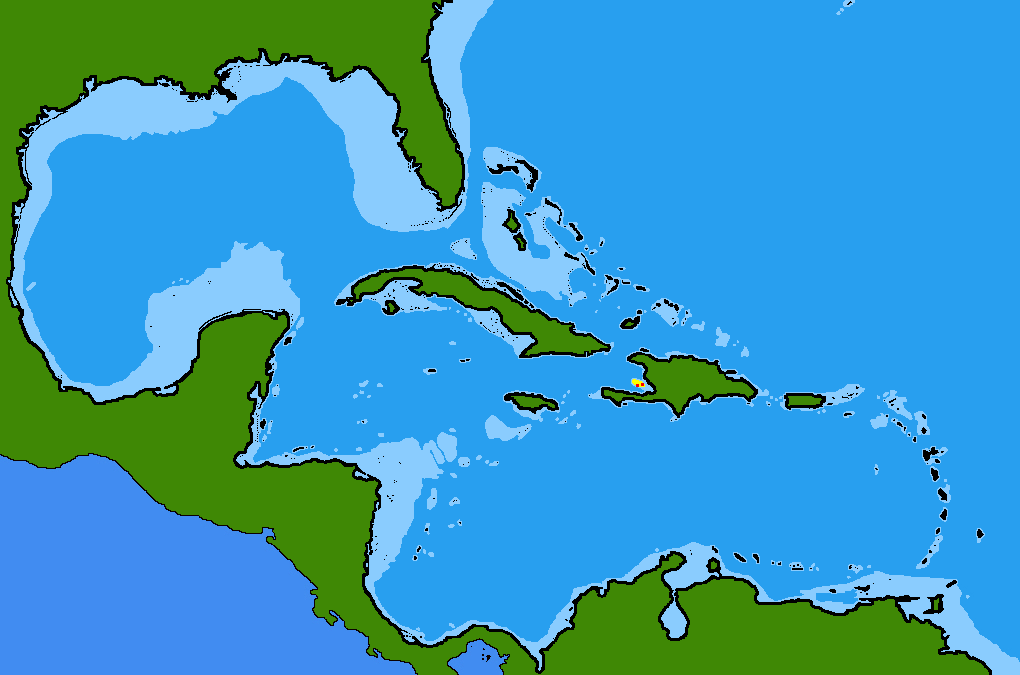