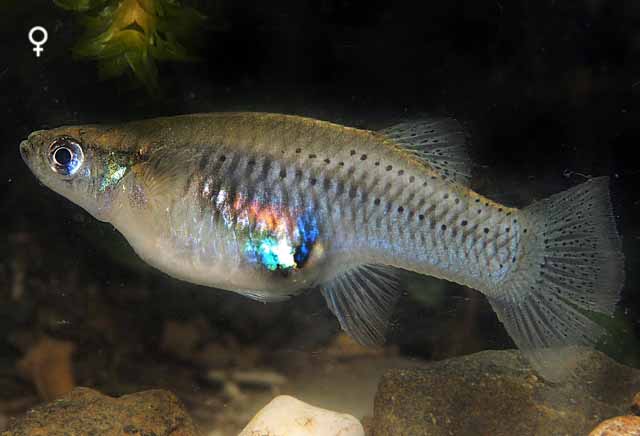 Light olive, a dark stripe running back from eye, becoming diffuse beyond pectoral fin; edges of scales dark; with/without dark bar under eye; a dark line along underside of tail base; body, dorsal and tail fins (of all subspecies except that in Bahamas) with rows of dark spots.

The Bahamas, Cuba, Cayman Is and Jamaica; 7 subspecies at different sites. 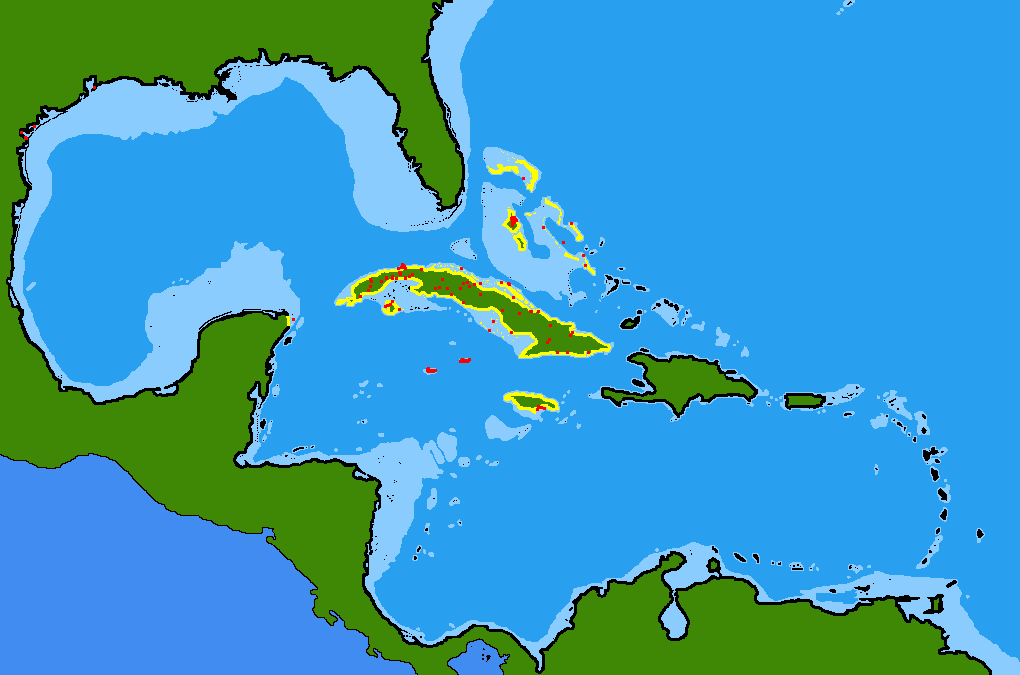