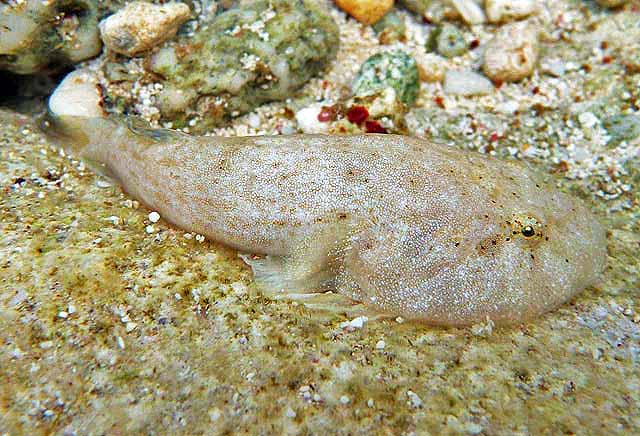 Densely covered with tiny olive dots; larger dark dots scattered on top of head and nape; sometimes pale bars behind pectoral base, under front of dorsal fin, on tail base; fins dark to pale, a dark spot at front of dorsal fin; tail with a dark outer bar. 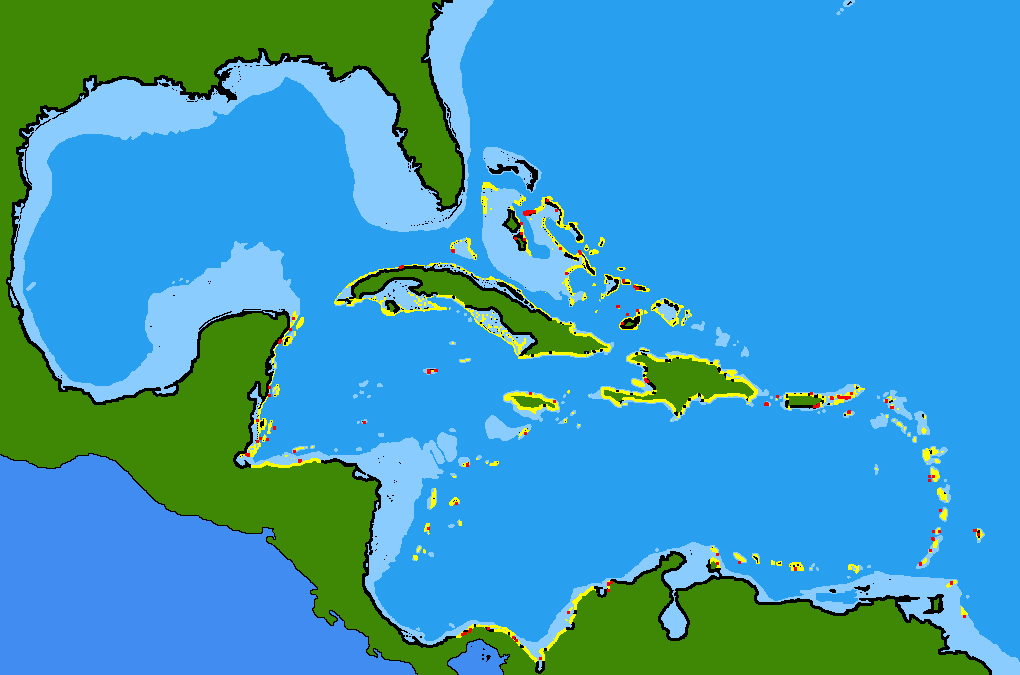