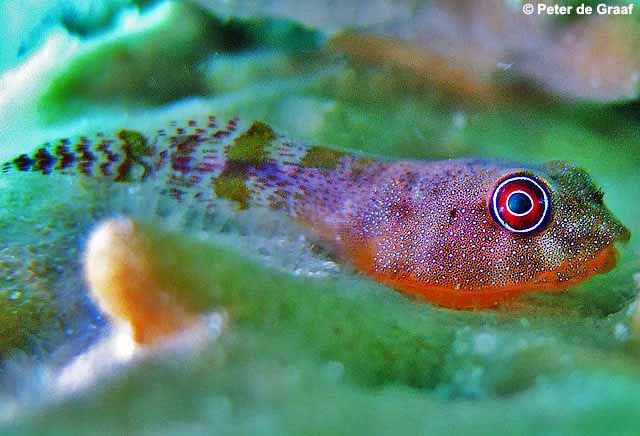 Occurs on spur-and-groove and walls of outer reef faces, and on blades of fire coral. 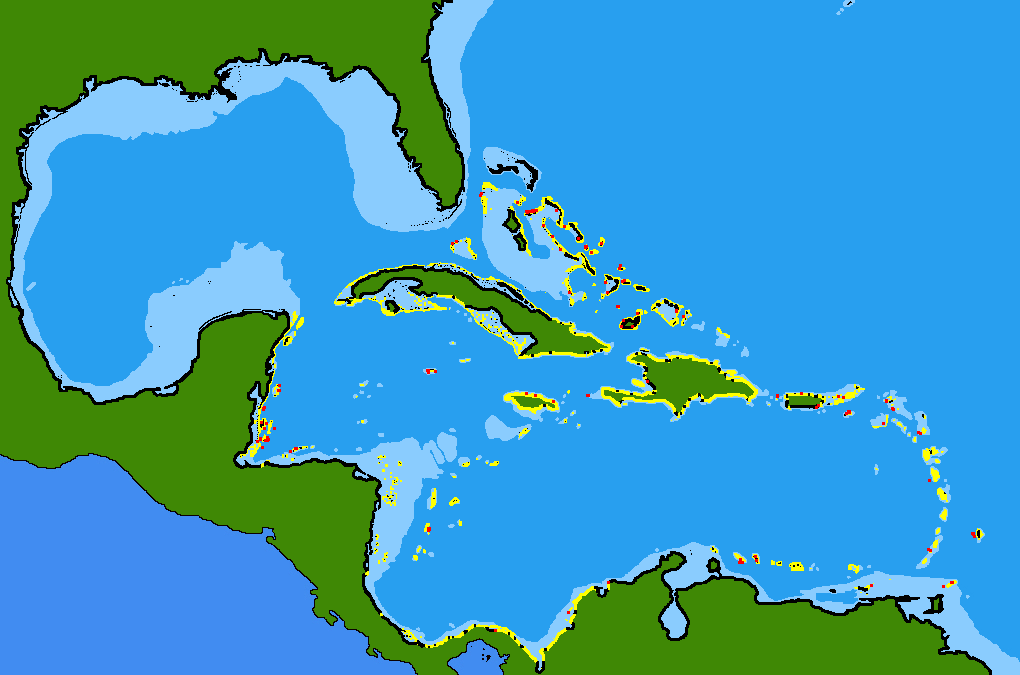