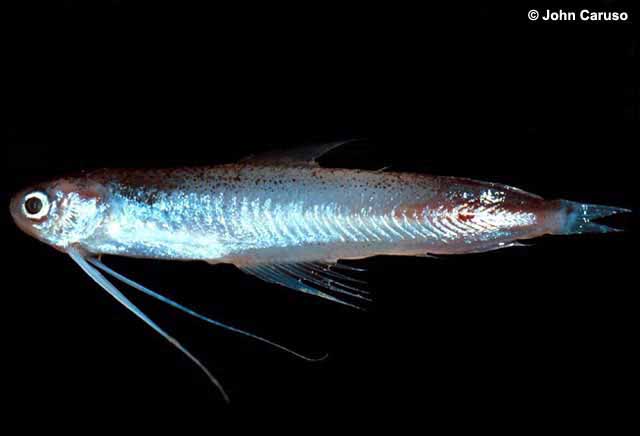 Transparent, a line of brown pigment from upper corner of operculum along above body midline to base of tail fin, merging with diffuse brown pigment on base of rear 1/3 of dorsal fin and extending onto that fin; remainder of fins colorless; a second brown line along base of dorsal fin extending onto head, forming a figure-8 patch on nape; internal dark pigment as a broad stripe along area of vertebral column tapering to a point at the rear.

Depth range: 100-2000 m, migrates between deep and shallow water during the day/night cycle.

The Gulf of Mexico to Brazil. 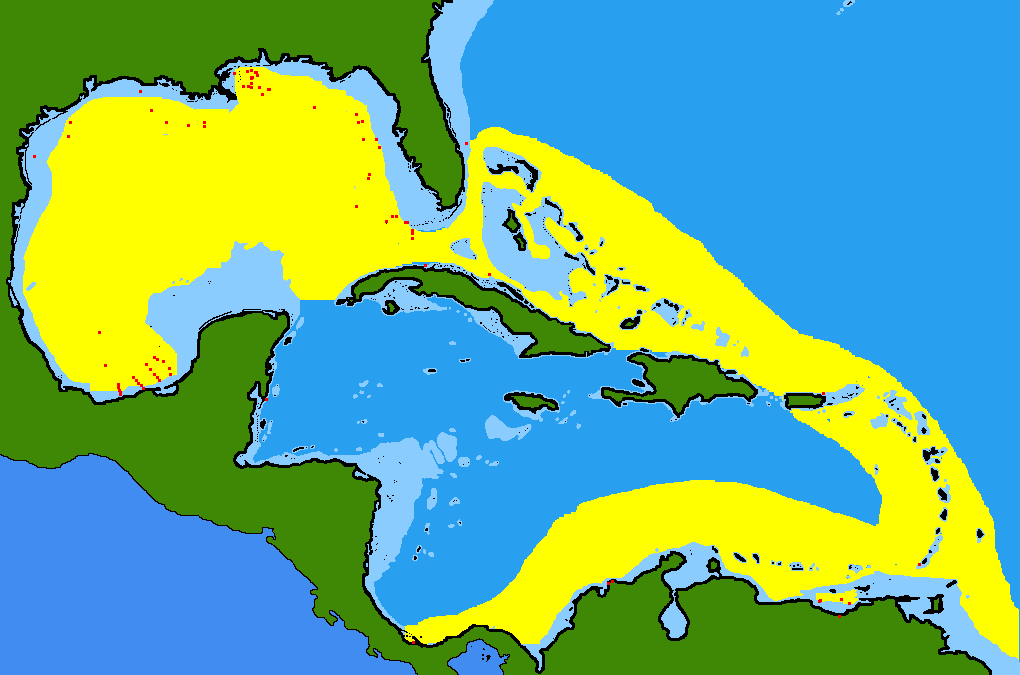