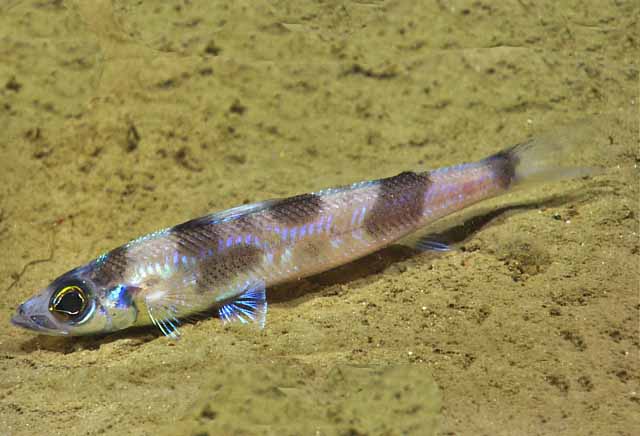 Yellowish to light brown; eyes green; body with  a row of dark saddles and another of  oblique dark blotches along side; base of tail and pelvic fins black; a black stripe along top of back; anus and gill cavity black.

Both sides of the Atlantic & the Mediterranean; Cape Cod to Suriname. 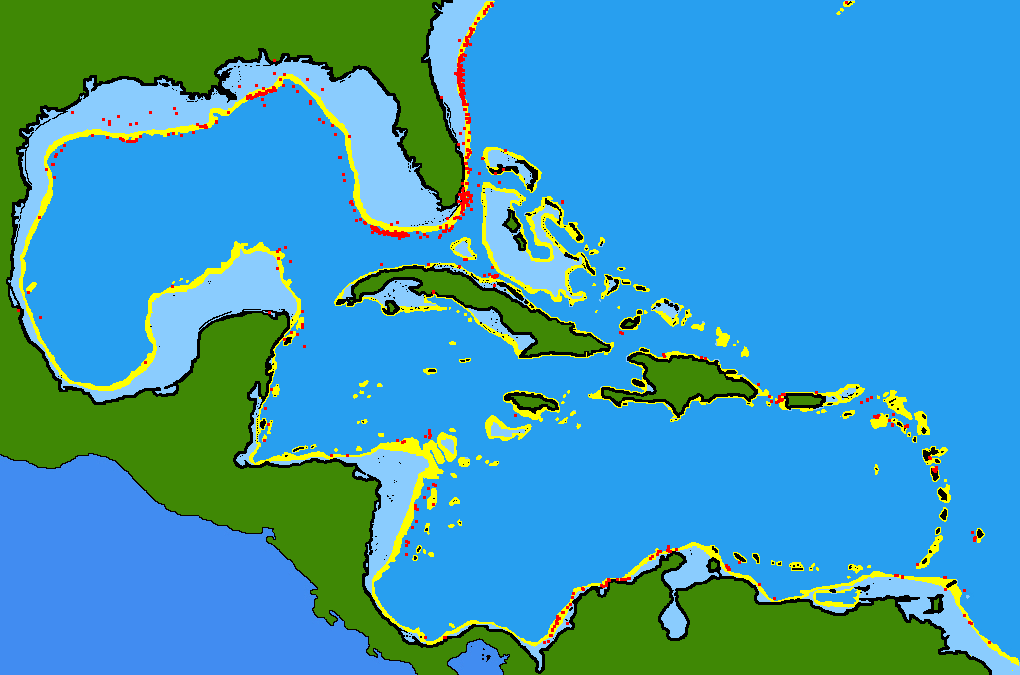