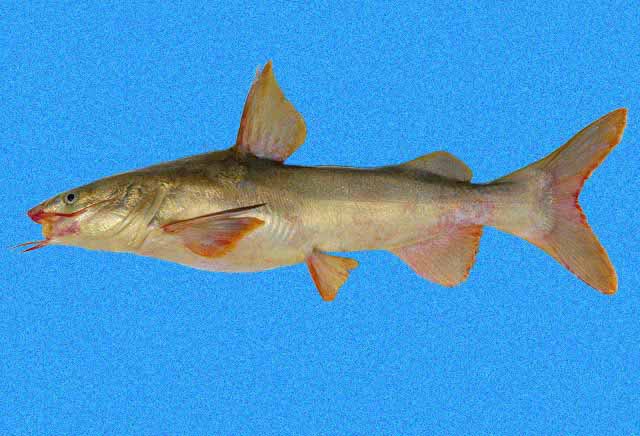 Head arched, slightly flattened; snout  broad, slightly rounded, overhanging mouth; shield on top of head  very rough at rear, smooth at front,  reaching to between eyes; no groove on center top of head; bony process behind head shield short, with a broad base tapering to a narrow round tip; bony plate before base of dorsal fin spine large, saddle-shaped, rough in center, with a shallow notch at front where it overlaps the bony process before it; 2 pairs of close-set nostrils; no fleshy furrow extends across snout and connects rear nostrils; three pairs of barbels (on chin and both jaws), top pair reaching to pectoral fin; teeth on roof of mouth pointed to granular, in 2 pairs of touching plates that form a long U, the outer plates very long and pointed; gill opening wide, membranes not adhering to breast; no rakers on rear surfaces of first two gill arches; gill rakers on front of 1st arch 11-14; bony plate above base of pectoral fin triangular, pointed; tail fin deeply forked; a complete lateral line, with branches to top and bottom base of tail fin, no scales.

Yellow to dark yellow; lighter below.

The Gulf of Paria, Venezuela, to Brazil. 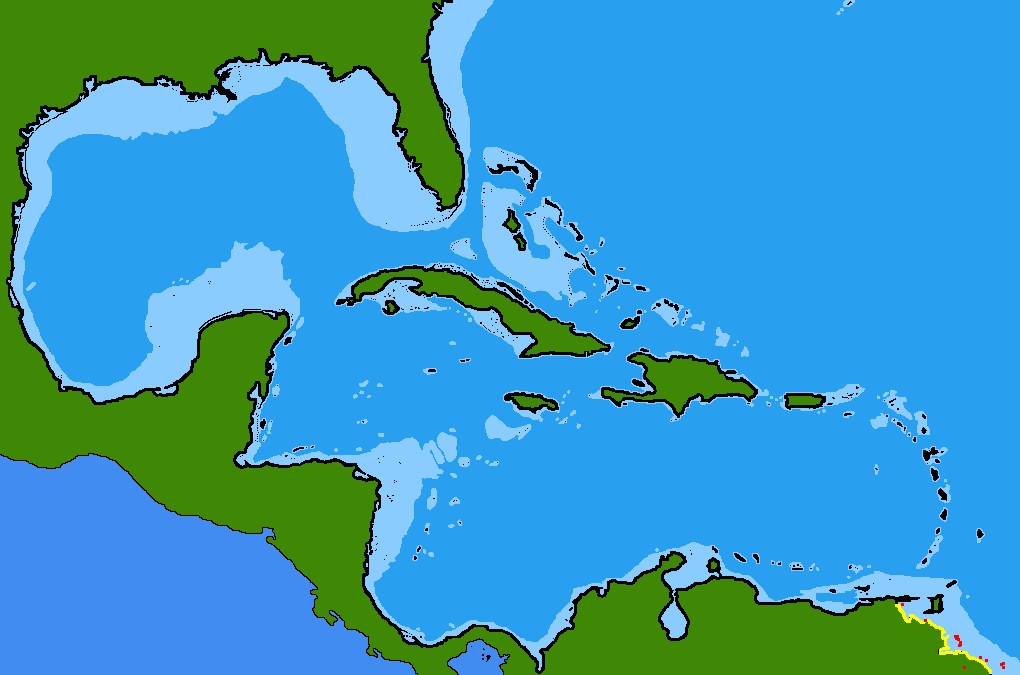