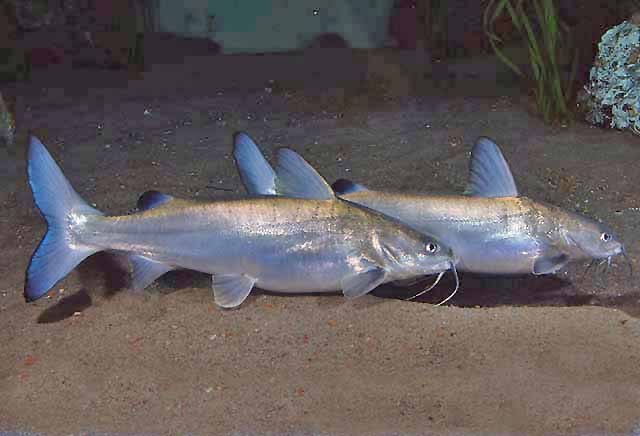 Head rounded, only slightly flattened, rounded when viewed from above; bony head shield very rough, covered with thin skin, extends to opposite eyes at front, with a long central narrow longitudinal groove that extends forwards to opposite rear halves of eyes, a broad based bony process with a slight central keel on rear process, narrrows and extends back to meet a crescent-shaped bone plate at base of dorsal fin; 2 pairs of close-set nostrils; no fleshy furrow extends across snout and connects rear nostrils; mouth under snout; 3 pairs of barbels (on chin and both jaws); no fleshy furrow between rear nostrils; gill opening wide, membranes not adhering to breast; teeth on roof of mouth in two patches on each side, 2 small round, usually narrowly separated patches in center (sometimes 1 or both missing), and 2 large oval patches on sides,  these teeth never molar-like; 3-5 tiny rakers on upper rear surfaces of first two gill archea; 1st gill arch with 13-16 rakers on side, 2nd arch with 13-17, 31-36, rarely 37 for both arches combined); mature females have fleshy protuberances on pelvic fins; tail fin deeply forked; a complete lateral line, with branches to top and bottom base of tail fin, no scales.

Turbid muddy bottoms, along coastlines and in estuaries; brackish to marine, occasionally in freshwater.

N Carolina to the Yucatan 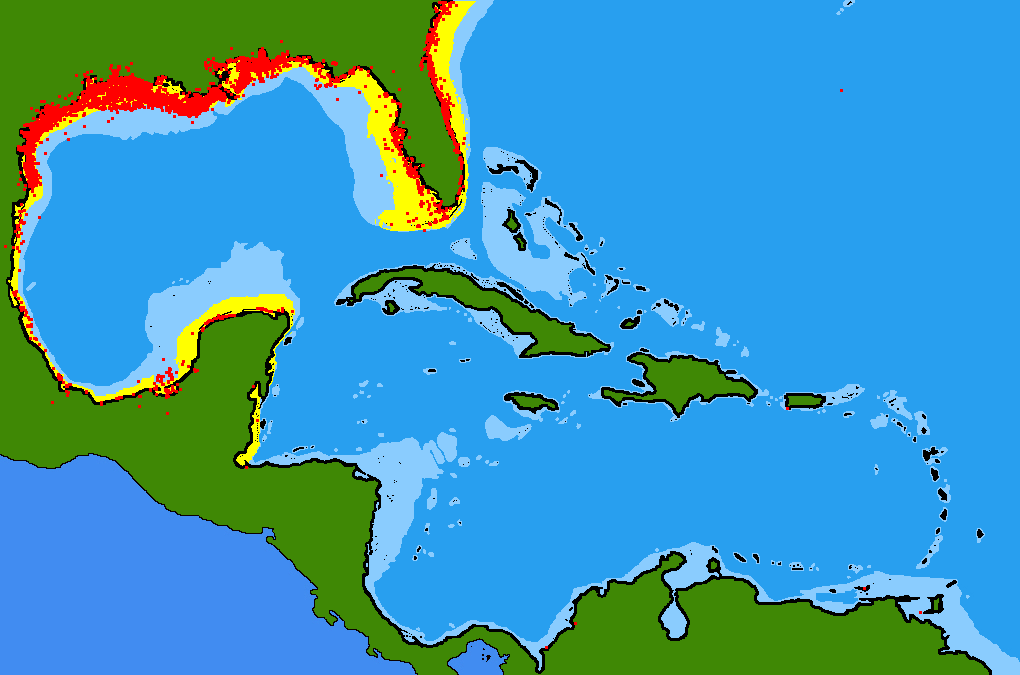