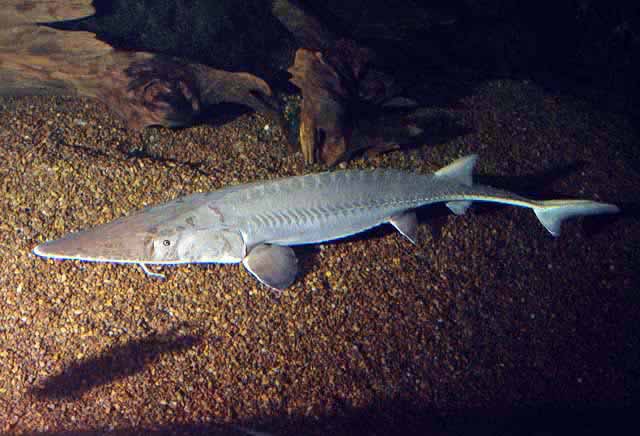 Body heavy, elongate, nearly cylindrical; head ends in a hard, elongate, bluntly pointed snout; snout depressed, shovel-like; no spiracle behind eye; mouth underneath, protrusible, with 4 conspicuous barbells before it, those with fringes, in a curved row; gill rakers fan shaped; one dorsal fin, well back near tail base; pectorals low, pelvics at rear under abdomen; fins without spines; tail base long and flattened, completely covered with bony plates; tail fin slightly concave, upper lobe (with a fleshy extension of the tail base) a little longer than lower; body with five rows of bony plates, one row along midback, one along midside, another along lower side.

The Mississippi and Missouri rivers. 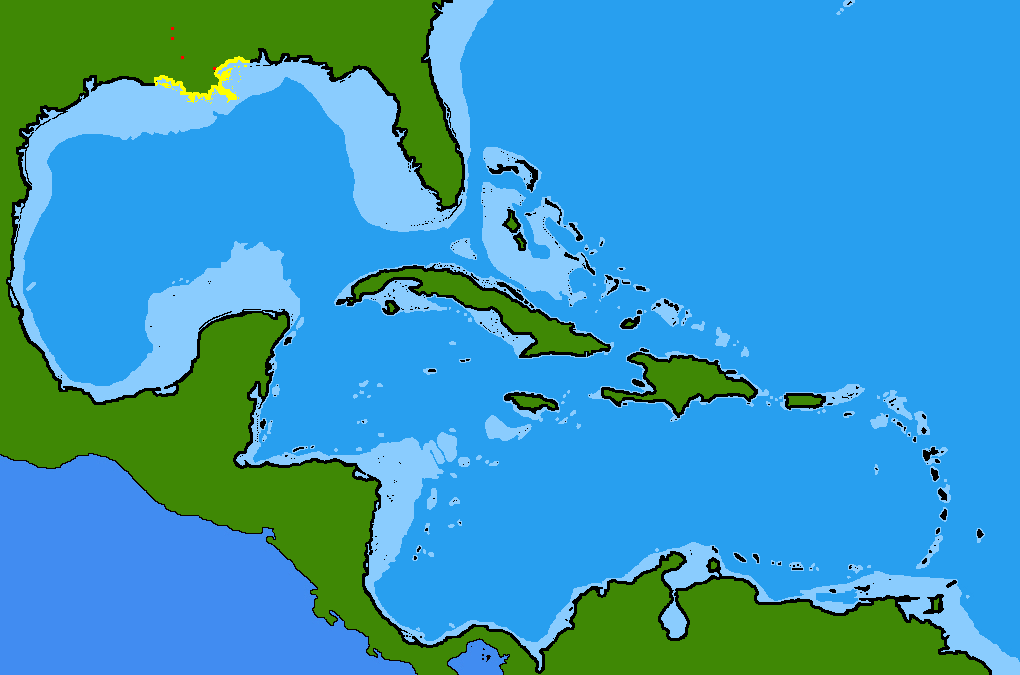