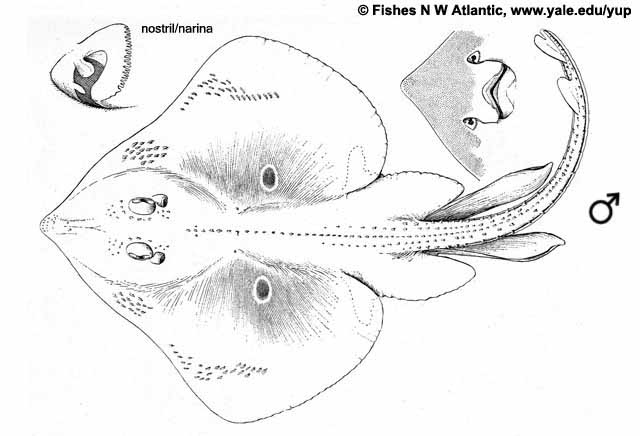 Rhomboidal disc, width <65% of TL; snout rigid, not elongate, fairly blunt, its sides only slightly concave, length of snout ~3 times eye length and 12-15% of TL; pectoral rays not extending along sides of snout to near its tip; eyes on top of head, with spiracles immediately behind; nostrils a little in front of mouth, with front lobes from nostrils forming a curtain between them and mouth; upper jaw 42-48 tooth rows; pelvic fin with 2 distinct lobes joined by membrane, rear lobe large; 2 small dorsal fins near rear of tail, with tail fin as a fold behind the second dorsal; tail 52-54% of TL, with side folds along its entire length; upper surface of disc largely free of denticles, moderate sized thorns on snout, around eyes, between spiracles and a row along midline from the nape to the first dorsal fin (at least 15 between base of pelvic and first dorsal fin), 1 or more thorns on each shoulder, each side of tail with one additional row of thorns.

Upper surface yellowish brown, with scattered pale and dark spots and two large ocelli (dark, with pale rims) about the mid-side of the disc; mucous pores on underside of disc unpigmented. 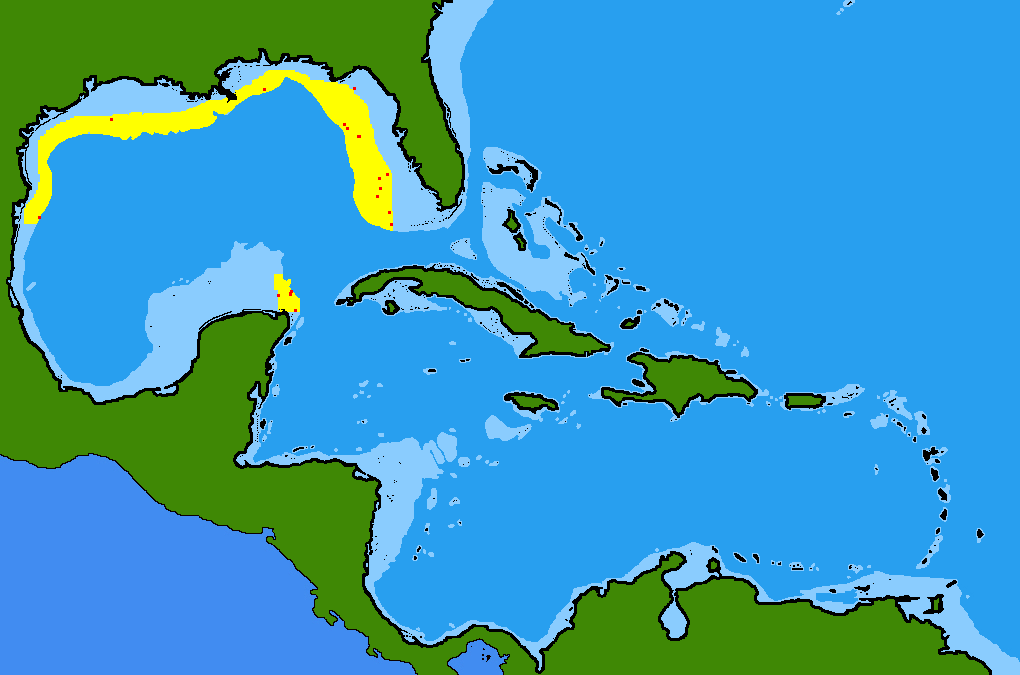