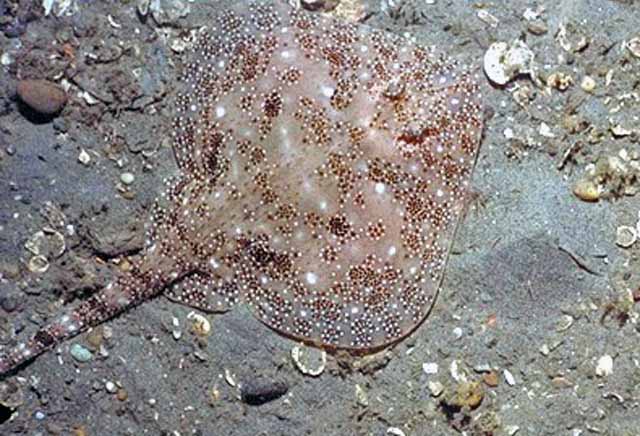 Disc heartshaped, with front margin slightly concave; snout short and bluntly angled, rigid, not elongate, front edge straight, front pectoral rays extending onto rear ¾ of snout; eyes on top of head, with spiracles immediately behind; nostrils a little in front of mouth, with front lobes from nostrils forming a curtain between them and mouth; 2 small dorsal fins near rear of tail, with tail fin as a fold behind the second dorsal; pelvic fin with 2 distinct lobes joined by membrane, front lobe 48-56% length of rear lobe; ; tail moderately slender,  longer than body; thorns on back in a central row of 33-35 from shoulders along tail, with 1-3 irregular rows on each side; thorns on orbital rim  in a continuous half-ring; 1-2 thorns between rear of eyes; row of small thorns along each rim of rostrum; many thorns forming a triangle on nape;  dorsal fins separated by 1-2 thorns; upper surface of disc covered with coarse, not close-set denticles, everywhere except center of each wing; underside smooth.

Cape Hatteras to the Florida Keys 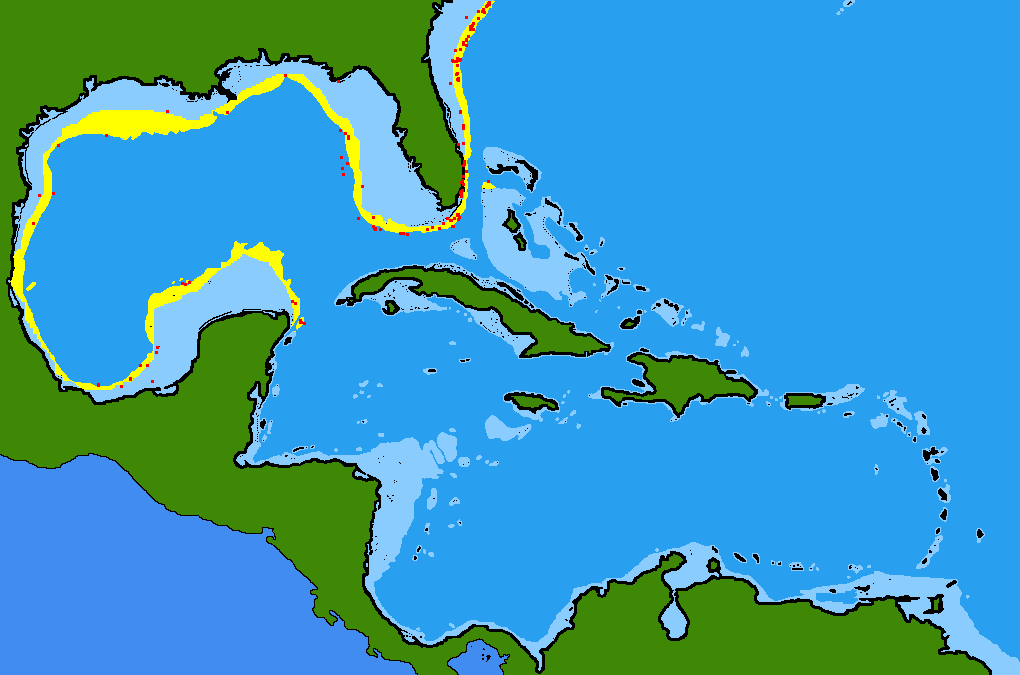